The Festival Clothing Company thought it would delve into some interesting facts about where the word pants comes from. Hell, we do sell a wide variety of pants so we thought we’d take a deeper look into the origins of the word.

The word pants in today’s society

Where did the word originate? 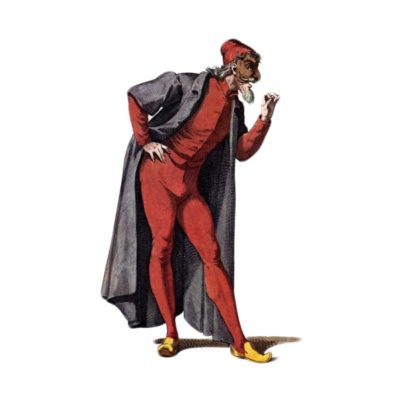 The word pants actually originates from the word Pantalone. In and around the 16th to mid 18 century the character Pantalone was found in Italian comic theatre (Commedia dell’Arte). This form of theatre was popular throughout large areas of Europe during this time period and so the character was well known. Known especially owing to Pantalone’s his appearance and rather obnoxious personality.  Pantalone was a scheming old man with a greedy and lecherous nature.

His costume was made up of several pieces of clothing. Slippers, vest, breeches with stockings (always red), a Greek style brimless hat and a robe or cape. This robe or cape was also known as a cassock. A mask was also worn to finish off the costume; the mask has a long hooked nose, bushy eye brows and a moustache as well as  long pointed beard. As time moved on the character also moved with the times. The breeches and stockings were replaced with long trousers.

During the Restoration period in England (mid 17th century – mid-late 18th century) trousers of a similar style to the ones that Pantalone wore become popular. These were known as Pantaloons. Pantaloons is the anglicised version of pantalone.

As fashion continued to change the term Pantaloons carried on being used for the various types of trousers. So in the 19th century our friends over the pond in America abbreviated the word. Pantaloons became its current form of ‘pants’.  This word has stuck every since and is now the common word used when referring to what us Brits call trousers.

So just like many American /English variations of words things can get a little confusing. One word in one country can mean another in the other. If you’re talking to an American about pants then don’t be taken aback. They aren’t being rude as they are not talking about your under garments. Instead they are talking about what we call trousers.

Our range of pants

Pants are a massive part of our lives. For men they tend to be the main or only option and for women they are an added extra on top of their already wide choice of options. As we wear these items of clothing nearly every day it’s great to have a wide choice in the styles and designs. Thankfully The Festival Clothing Company have a great choice in festival pants that are just perfect for helping you express yourself. So whether you are after something for a festival or want something new to jazz up your normal wardrobe then we hope to be able to help with everything from harem pants to cargo trousers.