Recap Of The Best Festivals of 2019 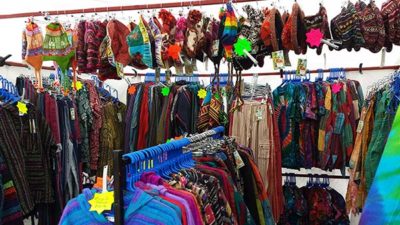 Festival season is on its way once again and the competition just keeps getting fiercer between the many different gatherings across the UK. The smaller and more intimate festivals are becoming just as popular as the mahoosive events. When you take a look at some of them you will see why. It is so hard to choose what festival to go to each year and so we thought that we would bring you the best festivals of 2019 so that it might help you when making up your mind about what festivals you want to attend in 2020.

Well of course this was going to be on the list as it continues to be the UK’s most popular festival year in and year out. There are some folk who have been trying to get tickets for many years to no avail. You have to be hot on it!  With acts over the years such at Foo Fighters, Metallica, Biffy Clyro, Radio Head and so many more amazing bands, why wouldn’t you want to go. They have announced a few acts so far for 2020 and they include Paul McCartney and Diana Ross.

Glastonbury is one of the best when it comes to overall greatness. Music, food and other aspects of entertainment all seem to be on point. The music seems to be becoming more mainstream however which may start to put many people off as the festival is changing and becoming more pop oriented. It feels a little like it is loosing its roots however I guess you have to change with the times if that is what people want.

Not a weekend festival but a series of day events. Don’t let that put you off though as the line-ups are usually pretty amazing.
Not everyone will want to attend all days as the music tends to range through lot of different genres. 2019 saw the like of Bob Dylan, Neil Young, Florence & The Machine and Stevie Wonder amongst others. The great thing is that each headliner has several support acts so you get to hang out for the day. Hyde Park is a fab place to visit in the summer and when you pair that with live music then you are certainly onto a winner.
This years lineup also has something for everyone from Pearl Jam to Taylor Swift. Go and take a look! 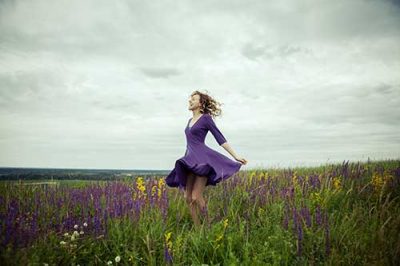 Still only young in terms of some festivals with its inaugural event being in 2011 but by no means though does this mean it is not in competition with the big players because trust me, it is.  Not only do they have some great headlining bands (Bombay Bicycle Club) along with some amazing unknowns, there is so much other entertainment for all of the family.

When you are not listening to a band you can axe throw, go wild swimming, do some arts and crafts with the kids in the special kids area. Chances of getting bored are zero! When the evening comes around, it is time for the grown ups – ever fancied naked oil painting or sacred nipple adorning (I have no clue what it is) then you need to visit the togetherness area. With other fun sounding activities such as the World’s largest spooning cuddle and clay meditation I think that this is a festival that everyone should try. Not your usual festival for sure but that is what makes it more appealing. We will hopefully be there this year!

This is a festival that just gets more popular with each year. The site that it is held on is bigger than Glastonbury.  I didn’t know that! Because of its size the 2 festivals are often compared however, they are nothing alike. Apart from the fact that they are both festivals that’s where the similarities end. . Although Boomtown offers up some amazing music,  they are all about the overall experience. They want you to enjoy all aspects of the festival. I know many people that go every single year and have done so since it first started in 2009. I have been told that they are not interested in others now as they always have the most amazing time. Now that’s what you want from a festival right! An experience that makes to forget all others.

There have been a few acts announced so far for this year but, they have some big news dropping on 6th Feb so keep your eyes peeled.

This newbie has just played its second season and so many people have been talking about it. Held in Victoria Park, London it is a 10 day event with such a great range of musicians. Looking at the line-up you would be hard pressed to choose which days to attend.
Each day tends to play music of similar genre which is ace as it means to don’t have to listen to a style of music that you are not fond of. I can see this becoming very popular very fast!
Some of the headliners for 2019 included The Strokes, Bon Ivor, Chemical Brothers & The Raconteurs . How are you supposed to choose?!
So far they have only announced a few names – Tame Impala, Glass Animals, Kraftwork and Iggy Pop will be there across the days. I cannot wait to see who else is announced.

I have to say that it was very hard to choose which ones to include as there are so many fabulous festivals in across our country. These seem to have been amongst the most popular of 2019 and so we thought that they were most definitely worth considering.
At the end of the day however, don’t just pick a festival because it is popular, do some research and look for one that ticks all of the boxes that you are looking for. Let’s face it, festivals are not cheap to attend so make it worth it.

The line-ups will start dropping soon and so we will keep you updated.

So don your favourite festival clothing and have a wonderful season and stay safe!