This year has been a strange one indeed. With the cornavirus shutting down most of the UK the 2020 festival scene has been put into a bit of a mess. With the likely hood that the UK will remain in look down into June many festivals are already resided in the fact that they will not go ahead this year. But what does that mean if you have already purchased a ticket?

Times are strange for sure and if you were looking forward to your favourite festival this year then you are likely to be disappointed. The likes of Glastonbury, Download and  Isle of Wight Festivals are some of the bigger names that have decided to postpone until next year with more festivals sure to follow in the run up to the summer festival season. But if you had tickets to these festivals should you get a refund or hold on to your tickets for next year? 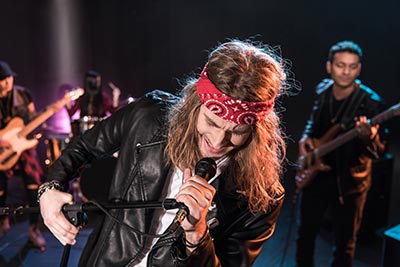 The best option by far is to just carry your festival ticket over to next year. Most festivals are offering this option and it makes good sense if you are a regular festival goer. By this time you’ve already paid the full balance on the ticket and have a head start for the following year. As anyone who has tried to get Glastonbury tickets it can be quite a slog, so if you have them I recommend keeping them. Of course check with your chosen festival to make sure you can defer to next year but you’ll find most are giving this option.

If you were going to attend a small festival then this is even more important. Festivals are expensive places to run and so this could be a real kick in the balls for some smaller festivals (or even the larger ones). Keeping your ticket instead of going for a refund will really help in keeping festivals from disappearing for good. So have a think and if you can afford to keep the tickets for the following year then please do so, this will help ensure smaller festivals have the money to keep us entertained in the future.

Of course many people have been badly affected with what has been going on. With many businesses being forced to close due to social distancing or lack of sales, people are finding that every penny counts. Festival tickets aren’t cheap and a whole weekend for general admission can cost anywhere between £100 (for a small festival) to £300. Of course when you start including things like glamping, parking etc the price sky rockets. Don’t put yourself into debt when a refund of a festival ticket could really help your finances during these uncertain times. You’ll find that no self respecting festival would deny a refund as the bad publicity for refusing would do far more damage in the long run so you will find that in most cases if a festival has cancelled then a refund will be forthcoming.

Why not have your own lock down festival

If you have a garden then you could recreate a little festival experience in your back garden. Grab your festival clothing, put the BBQ on, put up some bunting and throw on some banging tunes. Encourage the surrounding neighbours to do the same and you could have a social distancing festival over your back garden fences. If you have a karaoke system then why not become your favourite band. Personally I’m just going to throw on some music and open a beer while my sausages cook but, it’s up to you what you do. 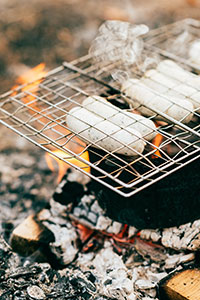