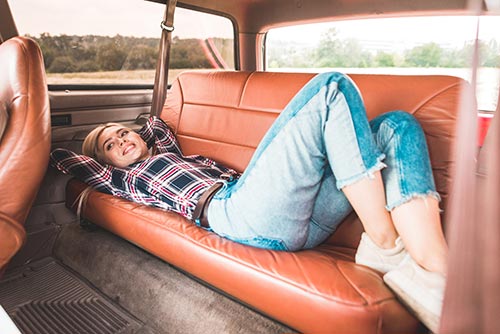 When it comes to getting a good nights sleep at a festival the idea of sleeping in your car comes to mind. With soft comfortable seats that can be reclined and heating that can be turned on if required at first it sounds like a grand idea. I mean your car is just sitting in the car park not doing a lot so why couldn’t you just nip off to the car for a few hours kip? But can you actually sleep in your car at a Festival?

Can you sleep in your car at a Festival?

If the thought of lugging all your festival clothing, tent equipment and camping gear as well as food and drink down into the festival campsite is a pain in the arse then you’d be right. So you might be forgiven for thinking you could save time and effort by leaving everything in your car, and use it as your base camp to catch a few z’s but, unfortunately you’d be wrong. The idea of living out of your boot for the weekend might sound great as you can have your clothing and supplies neatly stored but I’m afraid it ain’t going to happen.  Sleeping in a car at a festival although a sound idea at first is actually quite a bad idea and not allowed at festivals.

Festivals are quite clear on the terms of parking on site with festivals like Glastonbury stating clearly that “no sleeping, camping or fires are allowed in the car parks.”

Download even state that “Anyone seen sleeping will be woken and moved on. You may face eviction for noncompliance.”

All other festivals like Reading, Leeds, BoomTown etc all have the same policy when it comes to sleeping in your cars and there is good reason for this policy.

It should be noted that if you have a camper van and camper ticket then of course you will be able to sleep in your camper but you will be in a separate camper van area which is set aside for these type of vehicles and away from the normal car park.

But why can’t I sleep in my car?

Festival have a legal obligation to look after their customers. Most festivals actually take safety very seriously and so to avoid any regrettable accidents implement a no sleeping in you car policy.  Unfortunately you might think that sleeping in your car is not only comfortable but perfectly safe. Again you’d be wrong. Back in 2016 there was a car park fire at BoomTown Festival. This fire was believed to be triggered by a tossed cigarette on dry grass which caused a fire that wiped out 82 cars. Lucky no one was hurt but it highlighted the fact that cars although seemingly great places to catch some shut eye could actually be a risk however unlikely this was to happen. After hearing about this fire it makes perfect sense not to sleep in your car at a festival.

Just sleep in your tent

So when it comes to your next festival don’t cut corners and try and sleep in your car, instead grab your tent and go and mingle with the other people in the campsite. You’ll probably find you’ll actually have a much better sleep anyway as you can lie flat.  Just remember to pack the festival essentials and you’ll be good to go. 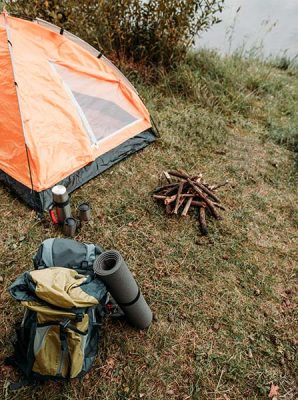