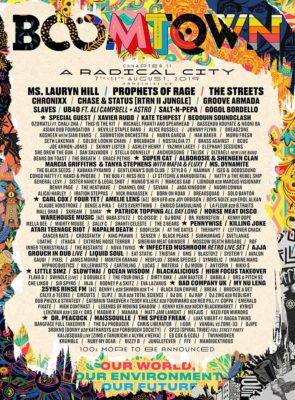 Are you ready for this guys and gals, the moment you have been waiting for – the Boomtown Festival 2019 lineup has been dropped. This year is going to be an absolute banger. An event not to be missed! Set over what they call several districts there are well over 100 live bands for you to check out. The weekend is full of fantastic artists who you would be mad to miss. So, pop on your favourite festival clothing and get ready for an epic weekend.

Now as there are so many bands I am not going to go through the whole lineup however, I will share with you some of the amazing headliners that you just have to see.
Boomtown are saying that it is the most eclectic and diverse lineup that they have ever had in their 11 years… Boomtown Festival 2019 Lineup is one to see.

Four Tet – an English musician who sure knows what he is doing. This is clear from his collaborations with the likes of Thom Yorke and Steve Reid. Not only does he produce hos own music but he also produces for others too. He has even known for remixing tracks from Ellie Gould through to Aphex Twin. Catch him if you can!

Amelie Lens – currently Belgium’s newest rising star. In the space of a year she has risen from a relative newcomer to one of the most in demand DJ’s across the globe. She is getting great recognition where it is due. Amelie has even just opened up her own night club where thanks to her profession, she is booking some of the hottest acts around.

Carl Cox – is name that has been around for years, he is a pioneer of music. A veteran of some well love genres  – acid house, dance, techno and, he even has is own record label. One of the most charming and down to earth DJs around. 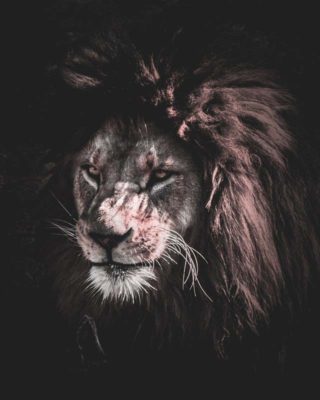 Ms. Lauren Hill – a voice that we all know and love from here time as a solo artist and with her group the Fugees. Lauren’s debut solo album The Miseducation of Lauren Hill was so great that is earned her 5 Grammy awards.

The Streets – with us since 2002 they just keep getting better and better. Nominated for numerous awards, in their time they have released 5 iconic albums. After taking a break for a small while they are now back in action and back on stage!

UB40 Featuring Ali Campbell and Astro – oh what a sound. Ali and Astro are both founding members of UB40. A band that has been on the go and amassing a huge fan base since 1979.  Pioneers of the UK reggae genre, they show no signs of slowing down. And why should they when they still sound so fresh?!

Prophets of Rage – a super group formed in 2016. The band features Tom Morello, Brad Wilk and Tim Commerford from Rage Against The Machine. B-Real from Cypress Hill and DJ Lord of Public Enemy. When 3 great bands come together and create a love child you can expect great things.

Salt N Pepa – an American hip hop trio formed in 1985. Friends since school, they realised they had something unique when asked to held a promising record producer friend with a school project. They haven’t looked back and are still touring to this day.

Brass Against –  a collective of artists producing a sound that you have not heard before. They take existing tracks from other artists and put their own spin on them. They are new and exciting so keep your eyes and ears peeled.

So here you have the headliners from just 3 of the 12 districts. The Boomtown Festival 2019 Lineup really is brilliant with more acts to be announced still.
The tickets for Boomtown are selling like hotcakes and are almost sold out and so, get yours while you still can. Click here to be taken to the official festival website.

There is one other act that I just have to mention. It just happens to be the one that I am the most excited about and is Infected Mushroom. Oh my days….. In my opinion this will be the best set across the whole festival. Infected Mushroom are an Israeli Duo formed in 1996. Their style of music is psytrance, electronica and all things psychedelic. There is not one album out of the 11 that they have produced that I do not like.
As yet it has not been announced what district that they are playing in but I can assure you now, they will sure as shit be headlining wherever they are!

The Boomtown Festival 2019 Lineup is one of the best that I have seen announced this year. Year in, year out Boomtown do not disappoint!