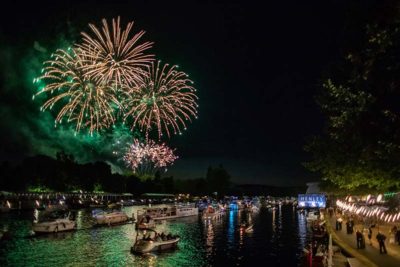 So guys, good news – the 2019 Henley festival lineup announcement has been made. Boy does this festival have a great mix of music for you from pop all the way through to classical. I have to admit that pop isn’t really my most favourite genre of music (unless it is 80’s crap of course) but, I can however appreciate a good artist and their talent regardless of the kind of music.
You guys really are in for a treat.

Now for those of you who don’t know, Henley is posh festival, a black tie festival. This means that the dress code is black tie. No jeans, no shorts, none of your favourite festival clothing I am afraid. Don’t let this put you off though as it s a real experience. I say experience as much as you can in life before it is too late. It may not be your cup of tea but you never know, you may just love it. Ok so dressing up for a festival can be a real pain in the arse especially when it runs for 5 days but, sometimes it is nice to put on your best!

The 2019 Henley festival lineup announcement has come just a few moths before the festival itself however that is ok as the tickets are not yet on sale. Here is some of the acts that you can expect over the days;

Wednesday 10th July
Headlining the floating stage and opening the festival will be Boy George. My early years were spent listening to Culture Club and so to me, this is exciting! Not only will he be performing hits from Culture Club but he will also be covering hits from the late David Bowie, Price and George Michael. Boy George is one of the most iconic British artists – he is well know for his singing and songwriting skills it to mention being somewhat eclectic. Nothing wrong with that though!

Thursday 11th July
Jessie J will be the act to see on this day. Am amazing songwriter with a lovely voice, she is taking the world by storm. Beautiful and talented you can see why Channing T is by her side. You never know you may just see him at the festival too!

Friday 12th July
Tom Odell with be on the floating stage followed by a DJ set from Jo Whiley. Tom Odell is a BRIT award winner and critics are hailing him as the new Elton John. He will be performing his #1 hit along with his other popular tunes. After Tom there will be some epic fireworks only topped by the UK’s very own Jo Whiley. Jo is a cracking DJ who will be playing all of the best tracks from the last decade in music.

Saturday 13th July
Bjorn Again will be playing their satirical show just for you guys this evening. The critically acclaimed light hearted ABBA spoof was created in 1988 and has been well received and well loved across the globe ever since. This show will be one to see!

Sunday 14th July
The festival will be closing in classic style with treat from the Royal Philharmonic Orchestra. Presented by Aled Jones, they will be taking you through a magical journey of some of the greatest classic music ever made which has been used in movies. This will be alongside some film scores that have been written for the orchestra specifically for a particular movie. If you are a fan of classical music then you will just LOVE this.

It wouldn’t be a festival without other stages right. Man do they have some great acts for you. Here are a couple of the other stages and the artists that you can expect to see;

Comedy Stage – oh yes you have to have the laughs. There are some great comedians for you to catch.
Ed Byrne is not someone who I was a fan of until I saw him live. A friend got a group of us tickets for Xmas one year and so we went. He was hilarious.. I would recommend that you succumb to his Irish charm and go give him a watch.
Julian Clary – a comedian that I have grown up watching and have come to love. Such a funny funny man!
Vikki Stone – not a comedienne that I am familiar with however I am sure she is excellent. She wouldn’t be there if she was shite now would she?!
There are so many more comedians to see so the comedy stage is worth looking out for.

The Nightclub – yup there is a nightclub for when all the other stages have closed. Can you imagine having a dance in your Sunday best? A sight to see!

I have to say that the 2019 Henley Festival is one not to be missed. Different to your usual festivals but no less awesome!

There is much for you to see and do and so now you can see why we are excited about the 2019 Henley Festival lineup announcement.
Tickets go on sale to the general public on Friday the 15th of March so set a reminder folks! Click here to be taken to the official website.